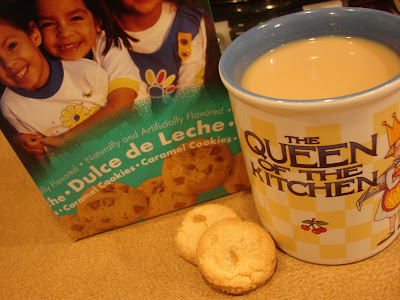 I'm so glad it's here! It's felt like a week and a half, for some reason. So I'm enjoying this Saturday morning with my coffee and Girl Scout cookies (the breakfast of champions, ya know), while my hubby catches up on his sleep (he just got home from his trip yesterday~yea!) and the kiddos chill out with some classic Disney.

Thank you so much to those of you who have been praying this week for my sister-in-law. I'd like to give you a good report: She spent a couple of days in ICU as they monitored her and managed the post-op pain, and then one more day in the neuro unit, but she was able to go home yesterday. We are so glad! By all indications and the doctor's report, her surgery was very successful. However the doctor did discover that her c-1 was not fully formed (from birth), so that has answered a lot of questions for her. She has about 4 more weeks of recovery time at home where she will need to really take it easy, but we are believing that will go smoothly and she will feel like a new person by the end of that time.

This week at my house has not been uneventful either. I had all these things that I had planned to do while Vince was out of town, but I don't think I even got one completed.

The week began with Mr. B getting some kind of a 24-hr stomach bug: fever and nausea. That went away, but by Wednesday it was obvious that he had picked up pinkeye somewhere~ugh. Thankfully, I already had a prescription for just that thing, so just a phone call to our doctor's nurse to confirm that was all we needed. (I'm doing my best to avoid the doctor's office during the *sick season*, those waiting rooms can be lethal). But, bless his little heart, yesterday he woke up with hives. At first I didn't realize what was happening, because he has super sensitive skin and I thought it might be dryness causing him to scratch. But by noon the hydro-cortisone cream had worn off and he was covered from head to toe in hives. We just happened to be out having lunch with my mom and sister when that happened. My sweet sis ran across the street to buy him some Benadryl cream so that we could all finish our lunch. Because there was going to be no lunch with his crazy scratching! :) That has seemed to do the trick and he is much better this morning, but I've determined it had to be the bar of Dial that I washed him with the night before. Normally I use Cetephil on him, but I was out and used the other in a pinch. Never again!

Hopefully that third thing was the last *medical* event for him for the week~they say things come in 3's, right? Because I am looking forward to a quiet day at home with my family (although I think that's probably an oxymoron~ha!).

What have you got planned for the weekend?

Nana Trish is Living the Dream said…
I'm so happy your sister in law is doing so much better. Praise the Lord! I know it must have been scary.

Lisa said…
Oh, I hope you have an uneventful week this week. Poor Bennett!

You reminded me of the time Zoe had hives. She was 3 and woke up from her nap with what looked like huge mosquito bites (it was summertime). I thought, "Yuck, there's a mosquito in the house." But every couple of minutes she'd have more and more huge welps! It really freaked me out. Turns out, she was breaking out due to infections in her tonsils and the tonsillectomy (sp?) was scheduled immediately. I had no idea at the time that that hives were even possible due to infections! We live and learn!
February 22, 2010 at 9:06 AM