A Visit to the Adventure Science Museum 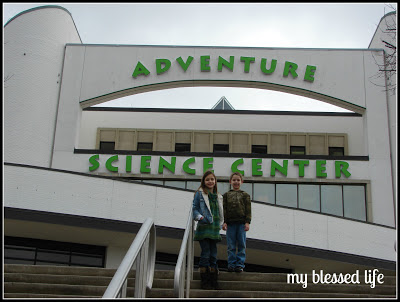 Last week we took a field trip to the Adventure Science Center in Nashville.  The kids were pretty little the last time we were there and didn't remember it too well, so they were excited to check it out again.

Here are some highlights from our afternoon there: 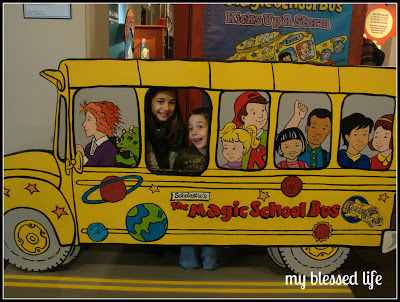 Their Magic School Bus exhibit all about weather had just opened and there was TONS of hands-on fun to be had in this area. 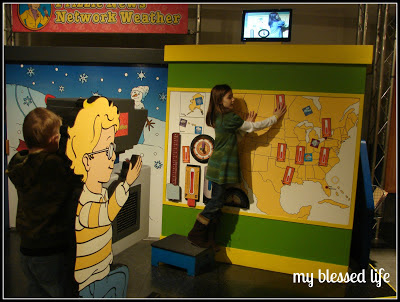 They enjoyed pretending to be a weather forecaster.  I wish I had actual video of what they were forecasting--too funny! 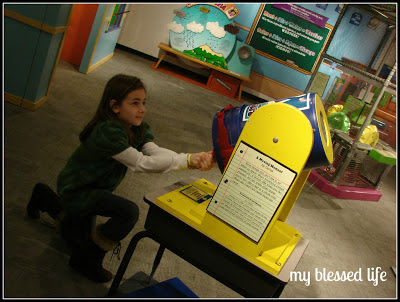 I forget the name of these fun little things, but when you pull the string on one end of them and let it pop back, it makes a "boom" and the wave carries the force several feet.  In this photo The Princess was aiming the wave toward a grouping of tissue papers on the ceiling. 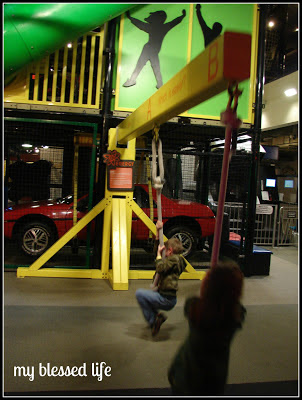 So can you say that you've lifted a car?  My two kiddos lifted one together, using a lever system, of course:) 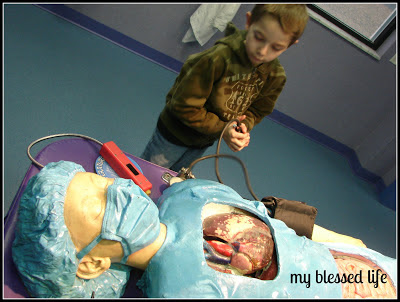 Here is Mr. B checking out the insides of "someone" obviously in an autopsy.  Thank goodness it wasn't as realistic as all of those crime shows I watch. 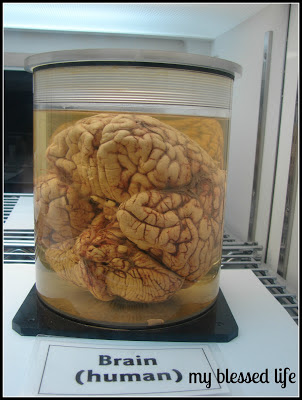 The "Body Quest" section of the museum had a pretty cool collection of body parts in jars.  Sort of strange, but hard to not look, too. 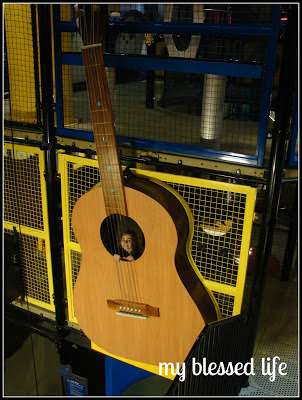 The massive climbing tower in the center of the museum contained lots of fun musical instruments--appropriate for Music City USA, right? 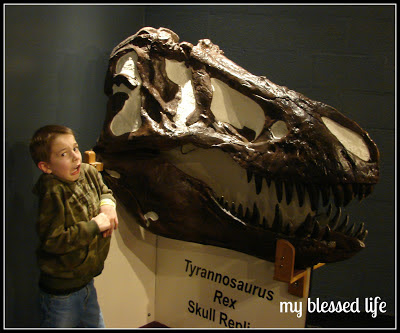 Mr. B is obviously my most dramatic child and he's recently entered the "let's make a strange face for every photo" stage. 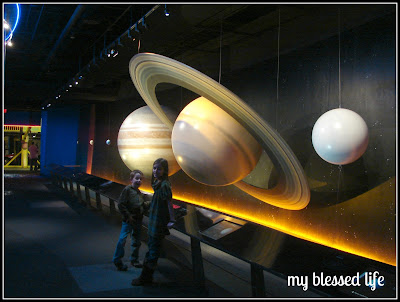 We all really loved their to-scale model of the solar system!  It was amazing to see the size differences in the planets.

After all was said and done, we ended up having a field trip or event that we attended every week in January.  No wonder that month flew by so quickly!

Nicole said…
So very fun! I miss those kinds of field trips! Now that we have moved to a little town in the middle of nowhere, our opportunities are limited. But, we just found out we get to go with daddy to a conference in St. Louis in April. So, I am planning all the FUN school stuff we can do while there. It's one of our favorite cities to visit as a family. So much to do!!!
February 7, 2013 at 5:38 PM