August 27, 2013
I've got something very yummy to share with you for Tasty Tuesday ...'Nacho Libre' Corn!!  Now if you're like me and it's been quite a while since you've seen that movie, then you might be scratching your head a bit and wondering "what in the world?!".  But when some of our very good friends, Chris and Lisa, told us about this amazing corn they make--and where they got the inspiration, apparently this is a food being shown eaten in the movie--I didn't care if I remembered it from the movie ...I just had to try it!

This summer they brought some to our 4th of July get-together and, man, was it good!!  So my husband has been craving some since then and asking me to make it.  I finally rounded up all of the ingredients and we had some last week.  We absolutely pigged out on this!  It was a great accompaniment to tacos and tostadas! 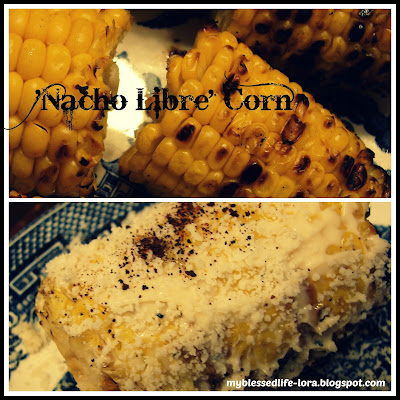 Nacho Libre Corn
(courtesy of our friends the Childers)

Mini Corn-on-the-Cob (as many as you want/need)
McCormick's Mayonesa (Mexican-style mayo with lime)**
Cojita cheese**
Chili powder
*****
Grill your corn until it's nicely blackened (not too blackened though).
Serve it with the remaining ingredients: spread it with the mayonesa (and
don't worry about this having a strong mayo-flavor--this is not your regular mayo at all),
then sprinkle on the cojita cheese, and finally sprinkle with some chili powder.
AHHH-MAZING!!!!

**If you're wondering where to find these ingredients I've found them both at Walmart and
also at a local Mexican grocery (we're blessed enough to have one of those!).  At Walmart,
I found the cheese in the area where the cream cheese is sold (it's a
white, crumbled cheese in a bag) and the mayonesa is on the
ethnic foods aisle. 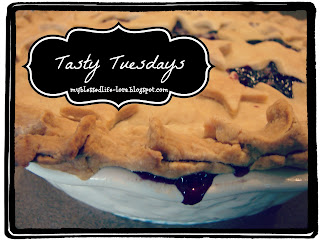