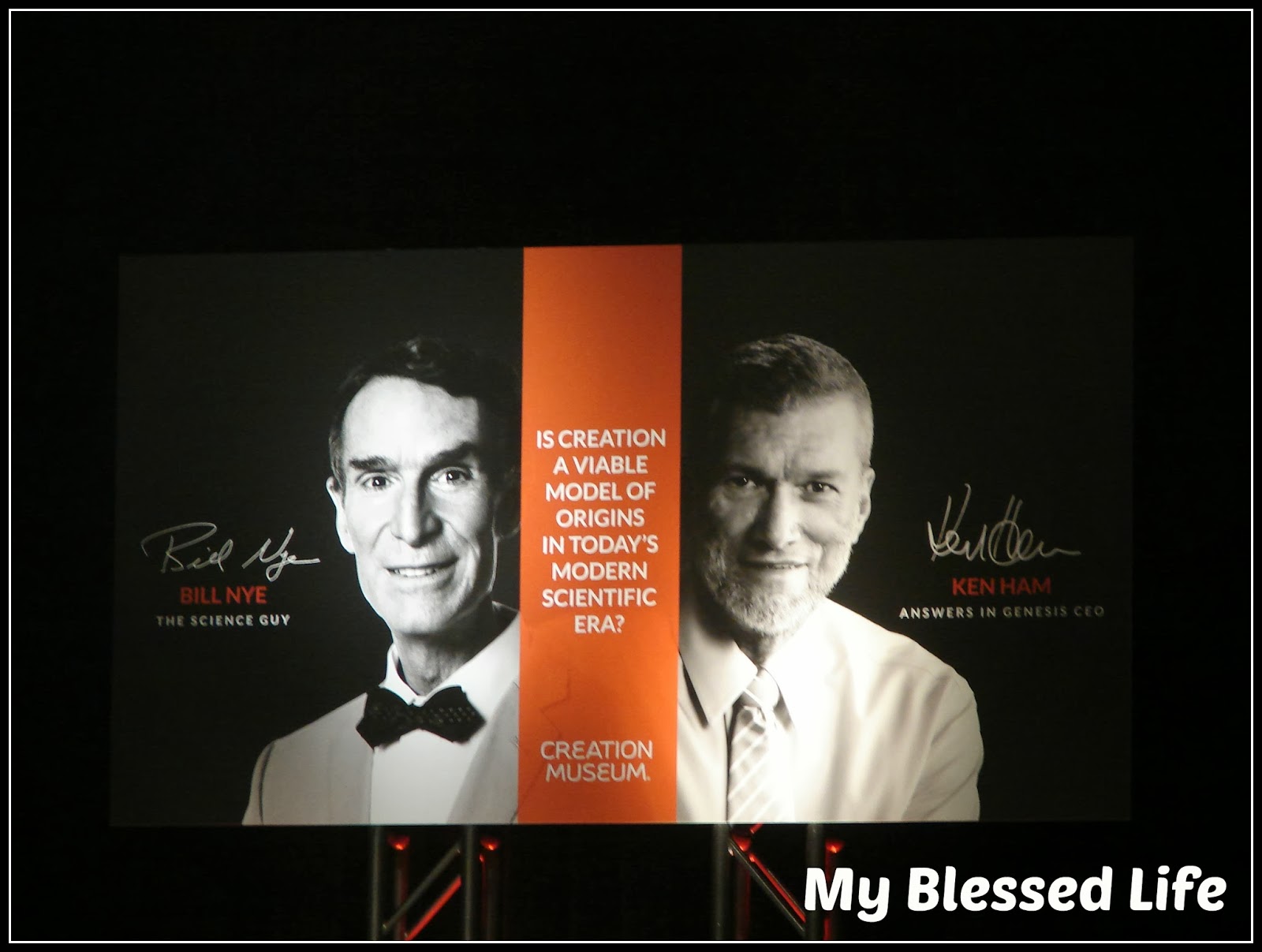 Well, I'm not actually here to debate; however, we did attend the much-talked-about debate between evolutionist Bill Nye and creationist Ken Ham earlier this month.  It's been so crazy around here that I haven't even had a chance to mention it. 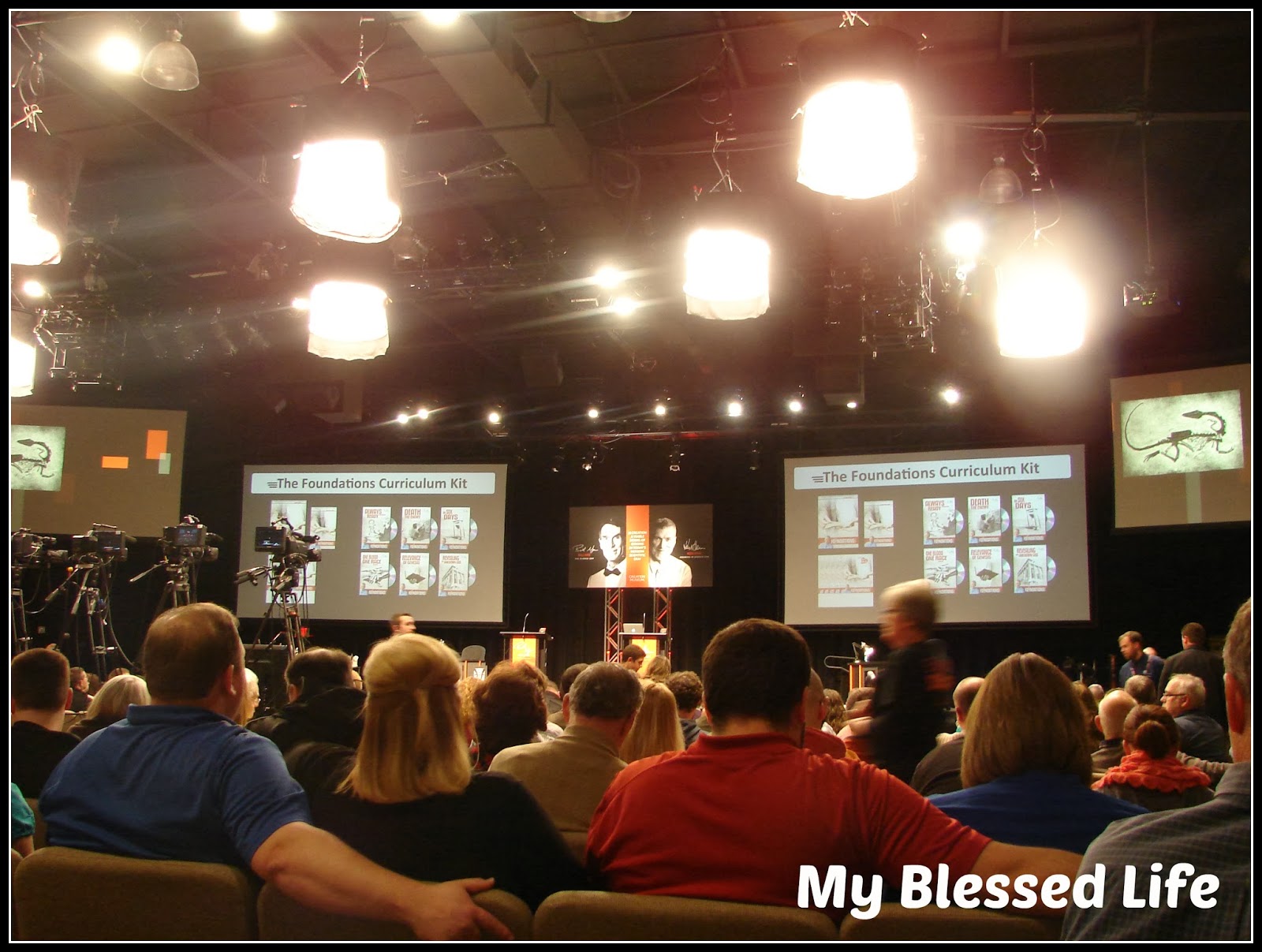 When the debate was first announced, we thought it would be a good experience for our family.  So my husband was up bright and early the day that tickets went on sale.  It's a good thing, too, because they sold out in 2 minutes!  We were very excited! 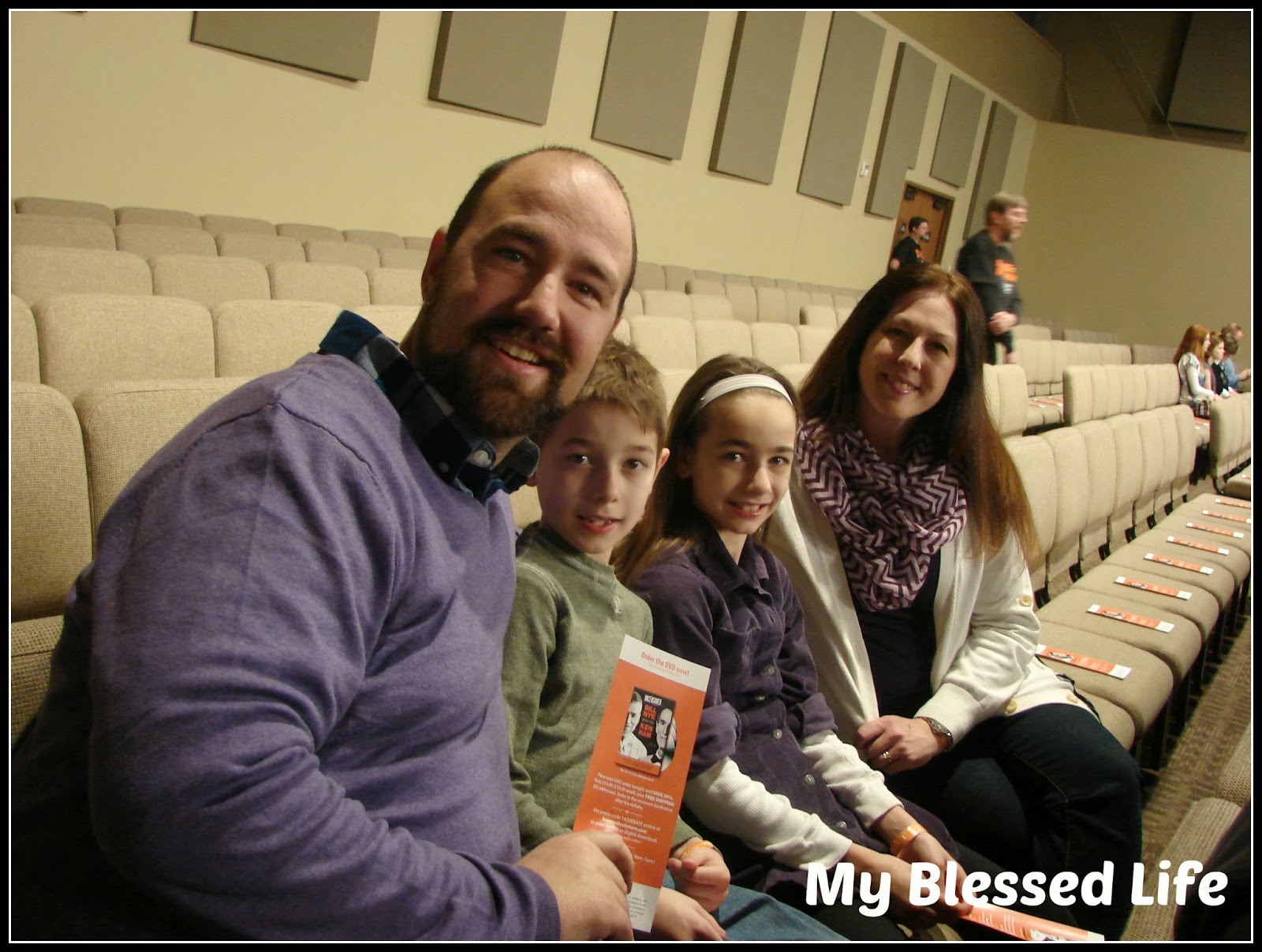 So we made the trip up to the Cincinnati area the day of the debate and just got checked into our hotel and headed back to the debate to get as good of seats as possible.  As you can see in the photo above, we were toward the back of the auditorium.  It was a packed house!

And it truly was a great experience for our family!  I really did wonder how my kiddos would do, needing to sit through a 2.5 hour debate with no restroom breaks--if you left the auditorium you weren't allowed back in due to filming purposes.  However, I shouldn't have worried.  They did amazingly well!!  I was incredibly proud of them (and even a lady behind us complimented them afterwards at their excellent behavior--making me one happy mom).  My son did do a little bit of drawing during the time frame, but both of them were really listening.  We were able to enjoy some very good conversation about the evening afterwards.

Did I mention though that about halfway through the debate I began to hear sleet hitting the building.  Sure enough, when we exited the building there was a good 4"-6" of snow/sleet mix on the ground (there was nothing when we went in).  So everyone sort of had to dig out their vehicles before leaving and then we all drove very carefully because it was still coming down very heavily.  Thankfully, we only had a few miles to our hotel and then we cozy-ed in for the night. 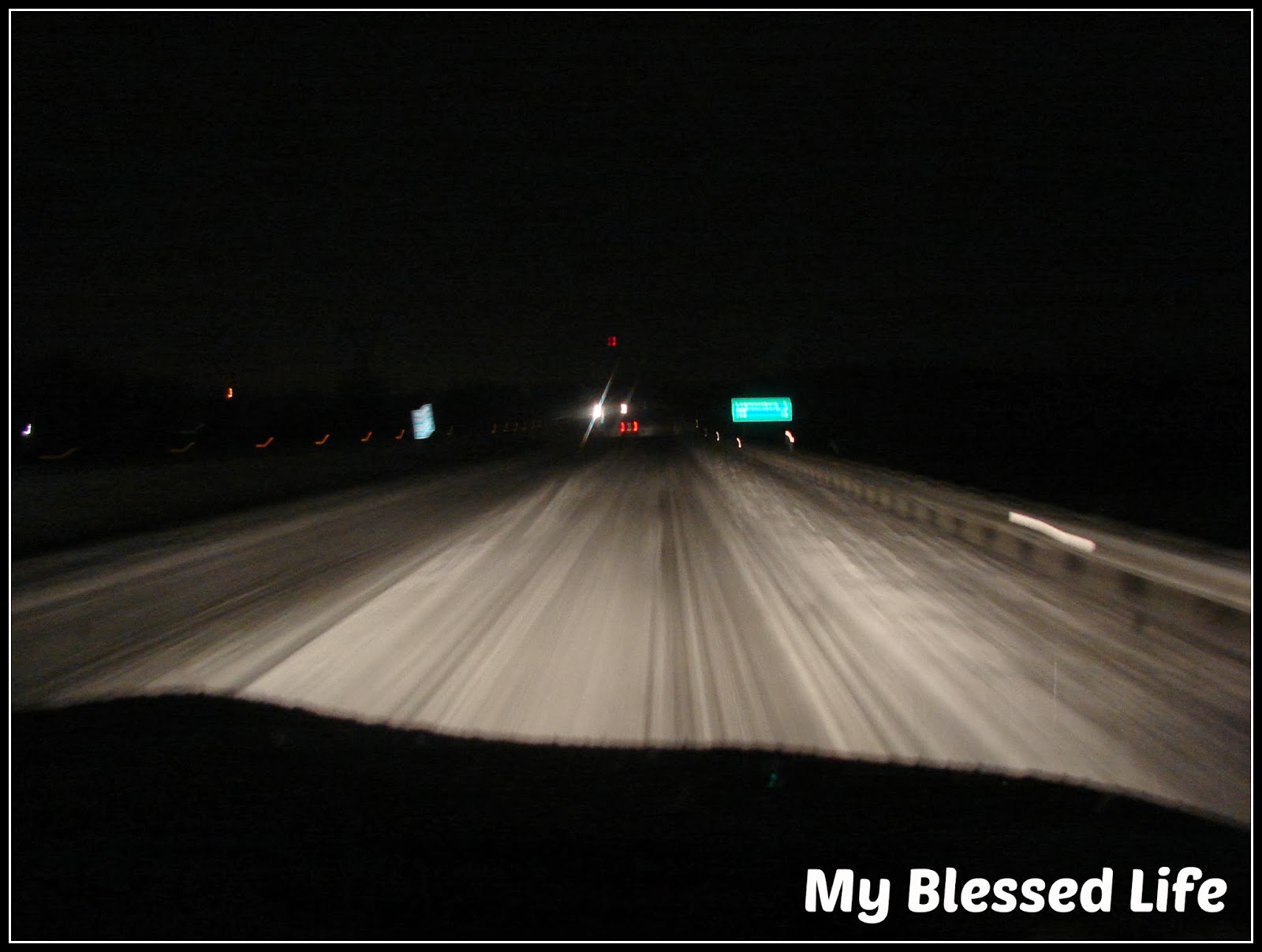 Silly me was so excited to see the first good snow I've had in years though that I could hardly sleep:)    I was even up an hour and half before the rest of the family and had gone down for breakfast and done some reading and news watching before they got up.  If you know me at all or have read about my struggles as a night-owl then you know how out of character that is for me!  But the snow really was beautiful!  And the roads were cleared by the next morning so we had no problems driving home.  The snow and ice storm had, of course, hit the entire region so our entire drive home was nothing but views of ice-covered trees--like a crystal forest--so beautiful! 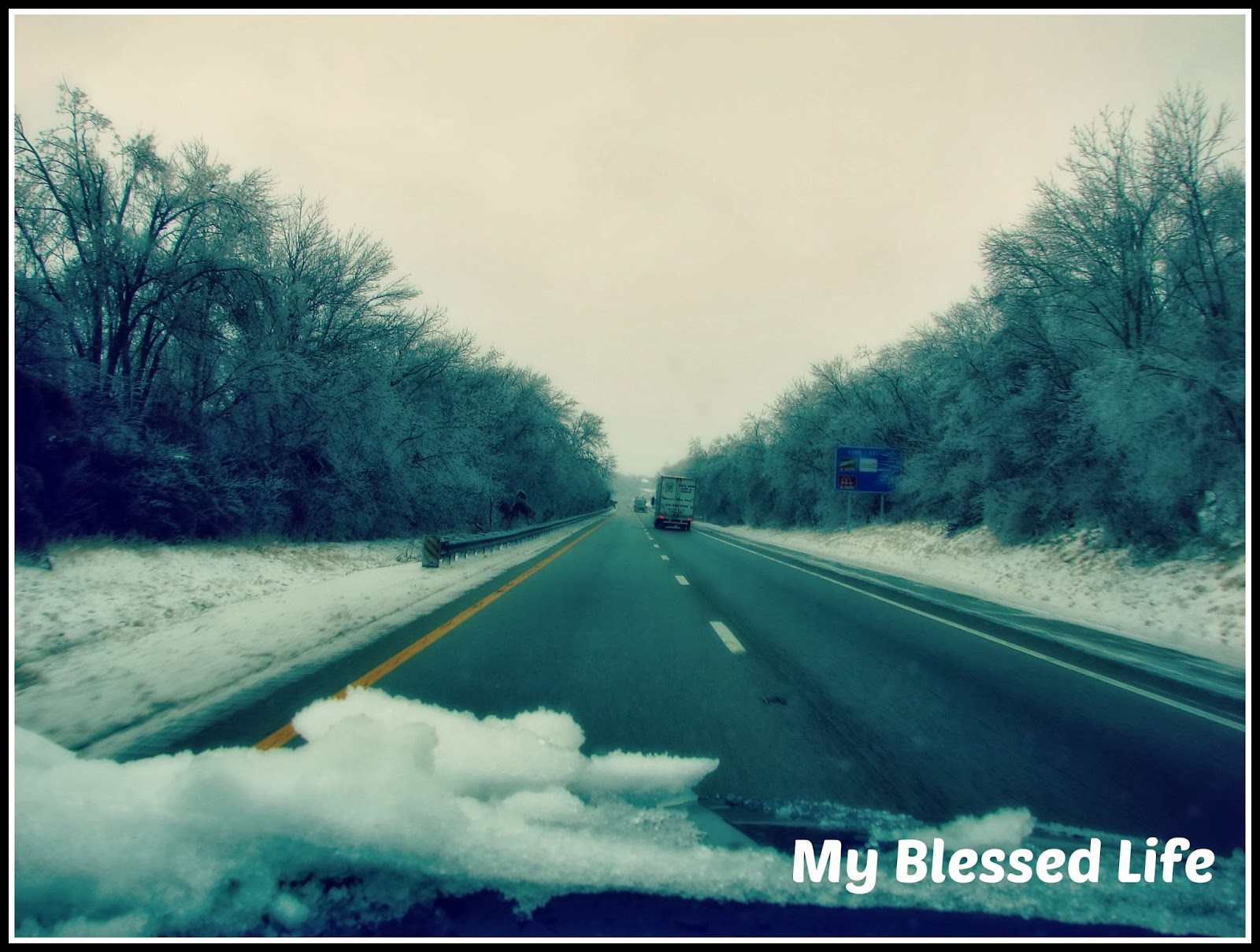 Even though we had crazy weather and it was a super busy week, I'm glad we were able to attend this event.  I don't think any of us had ever witnessed a formal debate in person and it was a very interesting process.  And I was very thankful that the audience was very respectful toward the speakers and toward those around them--because evolutionists and creationists were all over sitting among one another.

Did you watch the live stream of the debate?  Or order the video of it?  I know there was lots of talk about it (over 70 news outlets were there to cover it!) over the past week.