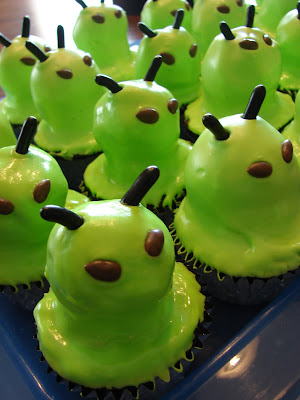 This weekend we celebrated Mr. B's 5th birthday. And once again he made his birthday cake request from the Hello, Cupcake! book. That book is awesome~and did I tell you that my kiddos got me the sequel, What's New, Cupcake?, for Mother's Day? LOVE it!! I sense more cupcake requests in the future.

This year's party was *space* themed. And I mean the planets, stars and alien kind of space theme, not more room. Although more room would have been nice, I must say:)

I just had to share with you the making of the alien cupcakes. Because they are just TOO CUTE!!

First, the cast of characters: 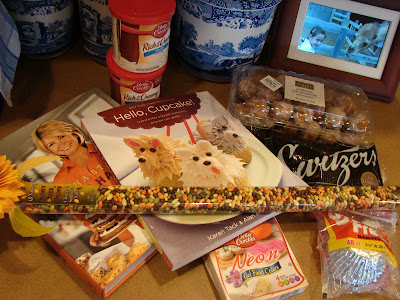 First, we bake our cupcakes. You can use any kind you want, a mix is fine. I used this recipe from the Martha Stewart Baking Book since Bennett requested chocolate, just because they're SO yummy. You only need 24, but this recipe always makes more than that, fyi. 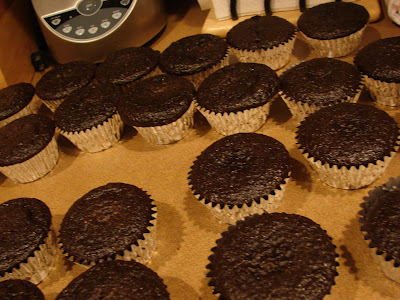 Next, take your cans of vanilla frosting and mix in the neon green gel food coloring. Just a note here: we needed 3 cans of frosting even though the instructions only called for 2. And it took every smidgen of gel in the tube to get all three cans dyed the green we needed, but we were able to do it with only the one tube.

After the frosting is dyed, spread a thin layer on the tops of the cupcakes. 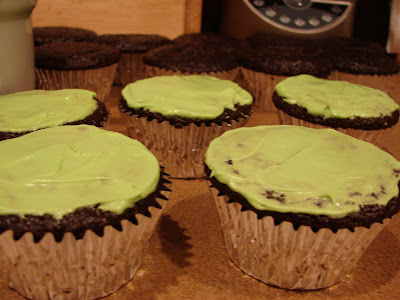 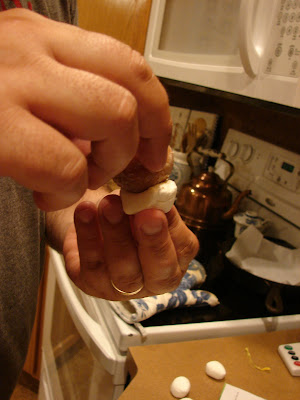 Then place the stacked marshmallow and doughnut on top of the cupcake. Like so: 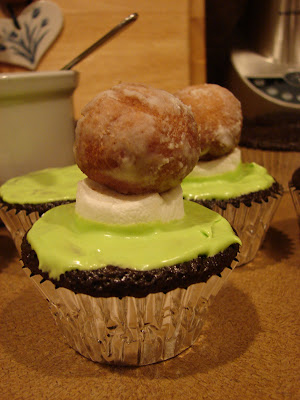 Grab your green frosting and spread a nice layer over the whole thing, filling in any gaps around the marshmallow and doughnut. Then place the cupcake in the freezer.

Doesn't it look like I'm growing aliens in my freezer? lol 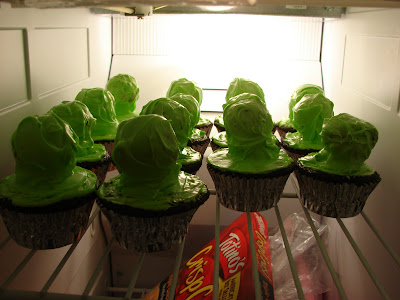 At the freezer point (for me and my hubby~who was my sous chef during this episode) it was midnight, so I left the cupcakes in the freezer all night and picked up on the next step in the morning. This is good to know if you need to do this in phases.

Next we took the remaining frosting (which we had refrigerated overnight) and microwaved it in 15 second intervals until it was nice and runny. Then I took the cupcakes out, one by one, and dipped them into the runny frosting. 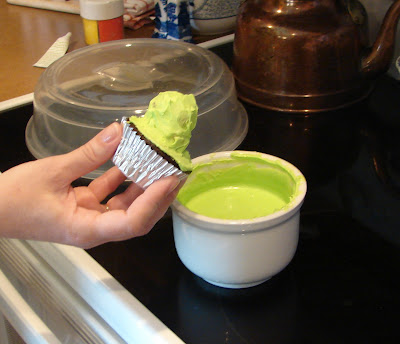 Just like this. All the way to the foil paper edge. 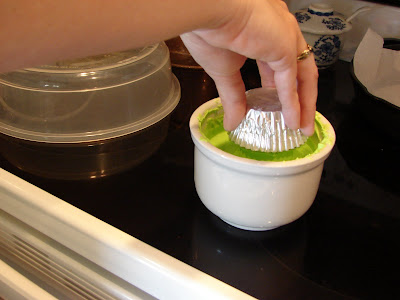 Just let the excess drip off and then place upright on your counter. It's amazing how the runny frosting firms up to give your aliens such a smooth look~almost like fondant. 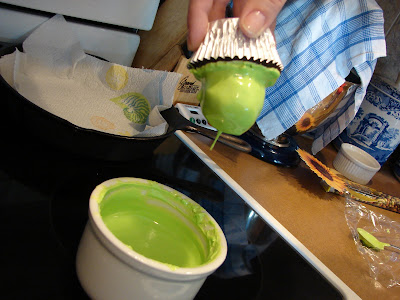 Now it's time to give your aliens some eyes. The book called for black chocolate-covered sunflower seeds. However, I was only able to find dark brown in my neck of the woods, so we went with that. We thought about other black colored candies, but it was really about the shape of the sunflower seed. It makes all the difference. And I thought the dark brown looked great, too. 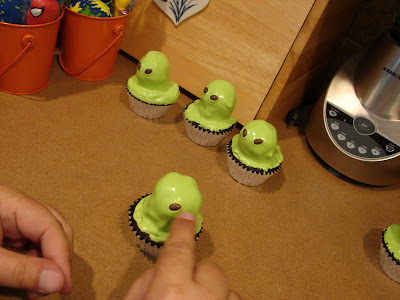 Then take your black licorice pieces (we found small pieces in a mix at our local candy store, but you could also cut pieces off of a licorice rope) and place them on the sides of the top of the head for the antennas. 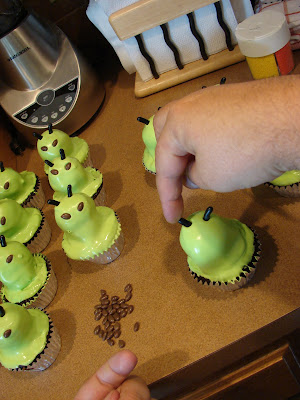 Voila! Green aliens!! Aren't they the cutest things you've seen since Slimer in the Ghostbusters movies?! 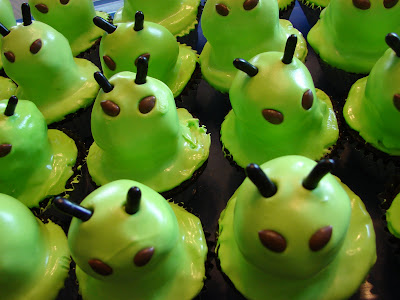 How fun are these guys?! Love them! 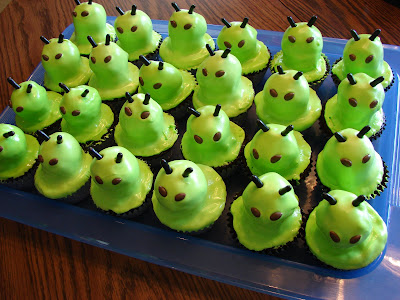 To see other cupcakes I've made with the Hello, Cupcake! book, go here and here.

Anonymous said…
Could these be re-frozen once completely decorated?
November 30, 2018 at 9:55 AM