February 26, 2009
Yes, I know I'm way behind on doing this post. But I'm doing it anyway:) We did have a really nice Valentine's day this year.
We started the day with heart-shaped waffles--dyed pink to boot!! Sorry I didn't get a photo of that. Then we decided to take the kiddos to a nearby town, Tuscumbia, to an old-fashioned ice cream parlor then to the park. 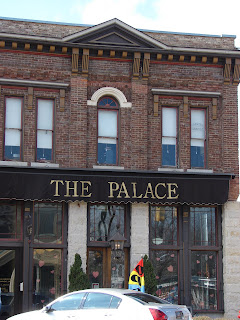 The Palace Ice Cream & Sandwich Shop was first built in 1833 as a drugstore. By the 1990's the drugstore was gone and the building was in disrepair. A local couple who had grown up frequenting the drugstore in the 40's & 50's decided to restore it in 2000. It's really a great little spot!! 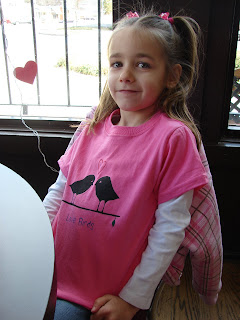 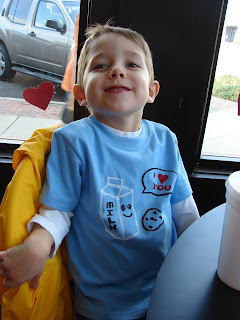 (Aren't those the cutest t-shirts that my sister, Kari, made the kiddos?!!)
We had some yummy soup and sandwiches followed by some great ice cream~comfort food!
Then we headed a few blocks away to Spring Park. Even though it was a sunny day, it was still pretty cool. But we stayed for a little while and let the kiddos get some much-needed outdoor playtime. I think we've had a little touch of cabin fever lately. 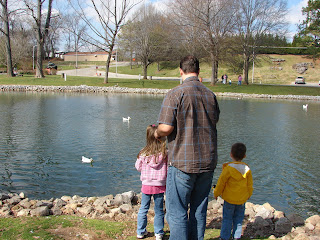 We fed the ducks and geese some of The Princess' leftover sandwich. They seemed to like it just fine! 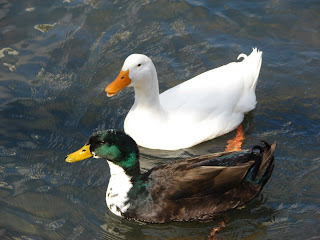 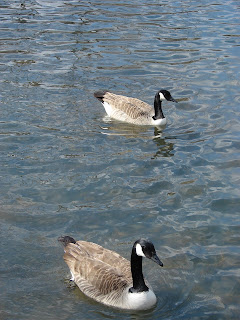 The kiddos wanted to try touching a duck--and, of course, Vince was egging them on! 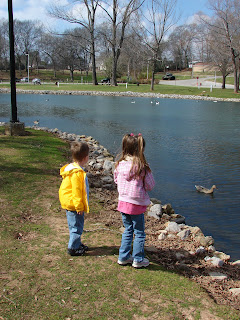 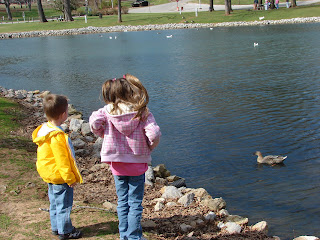 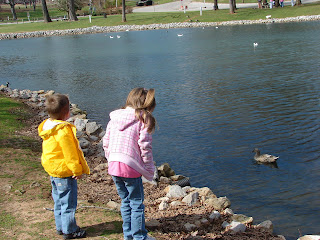 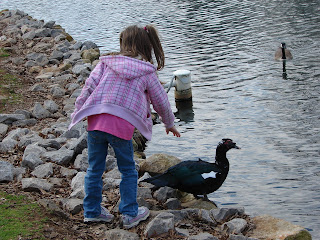 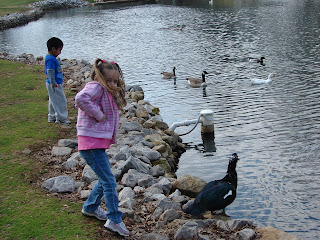 The Princess actually got pretty close to this one, but would jerk back at the last minute. The duck finally had enough and flew away.
Then we headed back home for a nap! Does any day get any better?! :)

Lisa said…
Sounds fun! Tuscumbia is such a great town. I love having time to just wander the shops and the park. I think Coldwater Books is my favorite bookstore and Spring Park is def. the kids favorite park.

The Palace, Trowbridge's & Ricatoni's are all featured in a cookbook called Alabama's Historic Restaurants and Their Recipes. It's at the library (well, it will be when I take it back today). Trowbridge's listing has ham salad, egg and olive salad, chicken and rice soup and something else (can't remember). The only thing I can remember right now from the Palace is their chili. Ricatoni's has tomato cream sauce and a couple of others. Interesting!
February 27, 2009 at 9:12 AM

Lora @ my blessed life said…
We like to go to Coldwater Books, too~the kids love the *cave*!

Michelle M. said…
That looks like a great day! I really wanted to make heart-shaped pancakes that morning, but I woke up feeling so sick. Maybe next year...
February 28, 2009 at 7:31 AM