A Trip To The Old Fort Museum

February 20, 2009
A couple of weeks ago when we were in Arkansas I thought it would be fun to take the kiddos on a field trip to The Fort Smith Museum of History. Fort Smith is our hometown, where myself and both of my kiddos were born, so I thought it's never too early to get started on its history. :) 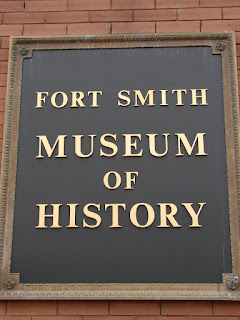 Fort Smith was built right on the edge of Indian Territory, so we got started at the Native American exhibit. 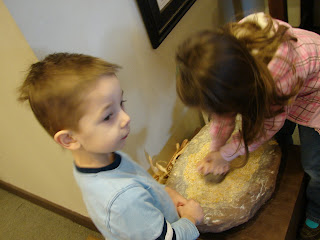 We stopped to stone grind some cornmeal. That was a big hit! 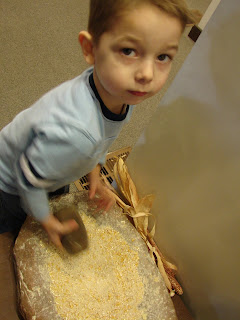 We moved on into the Telephone Room. That was a lot of fun!! There were all kinds of telephones showing its progression through the years. 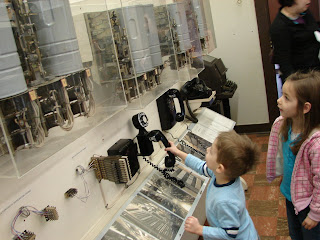 There were some that you could call each other on and watch the inner workings of the phones. 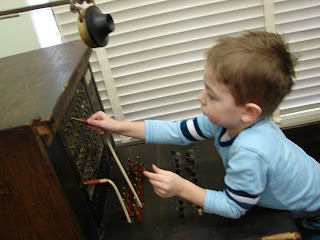 There was even an old switchboard for the kiddos to play on (they had other, nicer antique switchboards that you couldn't play on). This was the kiddos' favorite room in the whole museum! 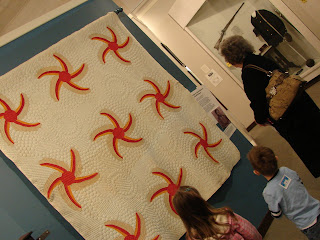 Here we are with Nana looking at a beautiful antique quilt. I come from a family of quilters, so we love to look at these. 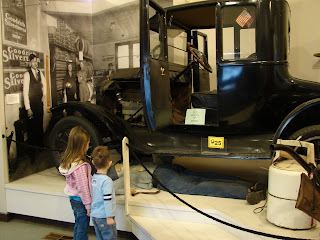 The kiddos were quite interested in this old Model T Ford. It was so funny to see how little there was under the hoods in those days! 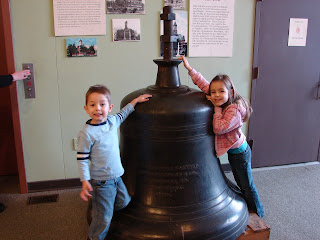 This was a bell from the old county courthouse. This was another favorite of the kiddos. 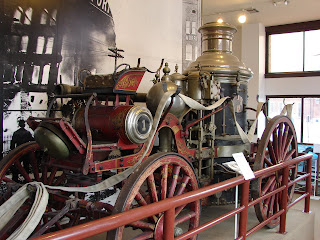 I personally love this old horse-drawn fire engine! It's so beautiful! 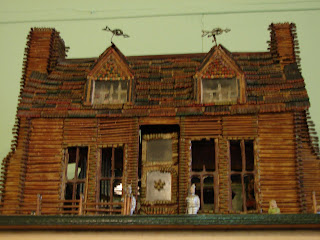 I don't think I've ever seen a real matchstick house. It was quite amazing! 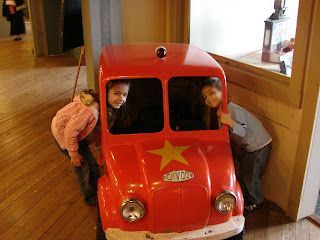 This was an old Holsom Bread toy truck that the kiddos so badly wanted to climb inside, but I didn't think the museum would like them busting through the rusty bottom. 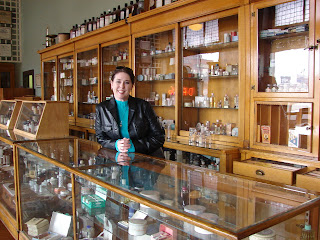 And last, but certainly not least, was the old fashioned soda fountain. They have part of it set up as a drug store and it's so fun to look at all of the old products in the cases. 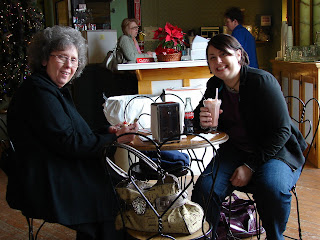 Nana treated us all to some ice cream while we were there, too. I had a Coke float..mmmmm. 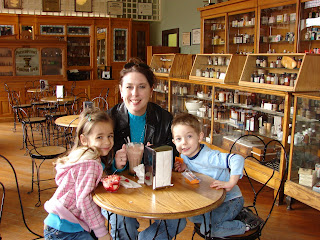 It was a very fun field trip! The kiddos are still talking about it!

Hootin Anni said…
Wonderful trip!!! And to have you show us the delight in your children's eyes with all the photos tops it all off greatly. A fabulous experience for them, I'm sure.

My show n tell this week is the final showing of my troll doll collection, from the tiniest to the 'oldest' couple. Do stop by if you can....and, have a great weekend.
February 20, 2009 at 4:01 AM

SmilingSally said…
What a good idea for a trip. Your children are learning so much. Thanks for sharing. Happy Show and Tell Friday.
February 20, 2009 at 8:24 AM

Lisa said…
What a great museum! Who wouldn't love a trip there? It looks like they put alot of effort into preserving the way life used to be. If we're ever in that area, I am going to have to remember this.

I love quilts as well. They are so beautiful. I can't really imagine making one myself (although I'd love to), but I think it must be very fulfilling. So, was the gift of quilting passed on to you?
February 20, 2009 at 9:18 AM

JudyBug said…
What a neat trip. I love to tour local museums. We've been to Ft. Smith many times, but missed this one!

The Raggedy Girl said…
What a great trip. I feel socially deprived living in the sticks. Your kiddies look like they are having a wonderful time.

Betsy Brock said…
That does look like a lot of fun! The soda fountain is adorable! I don't remember the last time I had a float!
February 21, 2009 at 7:51 PM