The War of the Marshmallows

October 20, 2009
PVC pipe & electrical tape: $12.18
1 bag of mini marshmallows: $1.00
One man-vs-5 kiddos in marshmallow gun wars:
PRICELESS
Our plans this past weekend did not go as planned. We had originally planned to take the kiddos to see *Where The Wild Things Are*, until we read the review on PluggedInOnline.com. Then we thought we'd take them to the mall to see some local student robotics teams compete, except when we got there the show had just ended. So, we were feeling a little less-than-successful in keeping any promises to our children in the way of fun for the weekend. 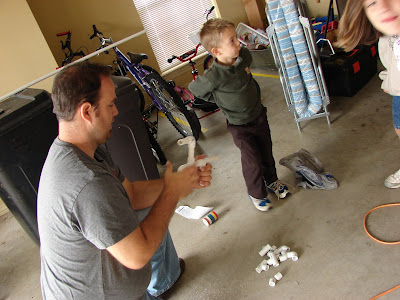 Then my awesome husband had the greatest idea!! He headed for Lowe's and got supplies to make some marshmallow guns while I went to Aldi and picked up some mini marshmallows. 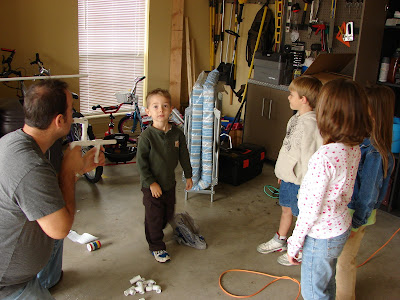 A couple of weeks ago when we were at the apple festival we saw some of these "guns" and Vince said "I could make those!" Apparently he hadn't forgotten about it, because he certainly whipped up some of those guns. 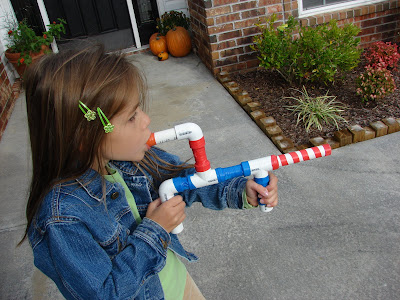 The neighbor kids came over, entranced by what was happening, so he made them some simple marshmallow shooters with the left over pvc pipe. 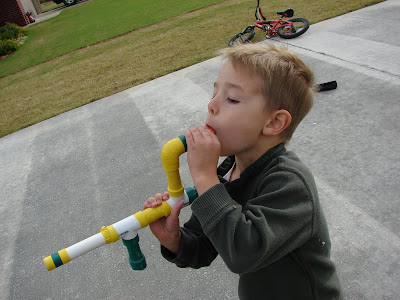 Then the wars began. I have never seen so much fun happening in a front yard. It was quite the spectacle. 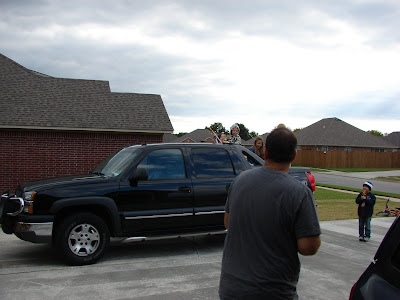 Needless to say, the day was totally redeemed!

Betsy Brock said…
That looks like so much fun! And those marshmallow shooters look really cool, too!
October 20, 2009 at 7:31 AM

steviewren said…
It's fun like this that children remember forever. All the neighborhood children still remember my kids dad taping them together with packing tape. For come reason they loved it.
October 20, 2009 at 3:30 PM

Kayren said…
That looks like so much fun, and you know it's something they will remember much longer than the movie. Love Plugged In...it's saved us many a time!
October 21, 2009 at 8:00 PM

Kevin Bracken said…
This is great! I did the same thing yesterday with 200 of my friends in Manhattan. Check it out on my website, pics up soon!