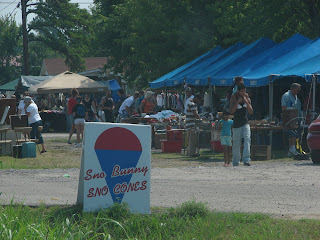 Yesterday my sister, Kari, and I decided to check out *Bargains Galore on (Hwy) 64*. It's sort of the local version of The World's Longest Yard Sale. They've been having it for several years now, but I always forget and miss it. This year I marked it on the calendar because who doesn't love a bargain, right? Or at least an opportunity to gawk at other people's junk? Frankly, it makes for some pretty good entertainment! lol 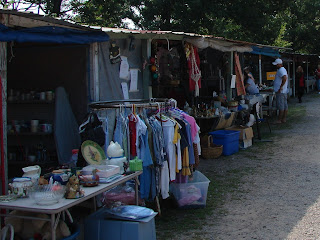 And there was much entertainment to be had! At first I was a little self-conscience with my camera, but I finally decided that if people had enough guts to put some of that stuff out, then I had enough guts to take a picture of it. heehee

So without further ado, some highlights from our junking adventure: 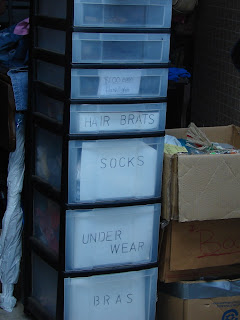 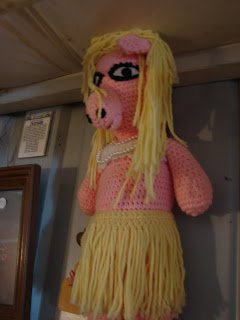 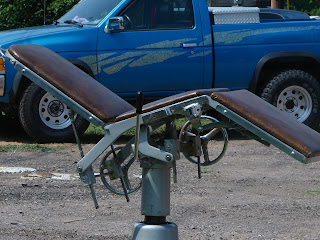 we dubbed this the tourture chair,
but Vince informed me that it was probably an old barber chair.
...and, finally, the crowning moment of our day..... 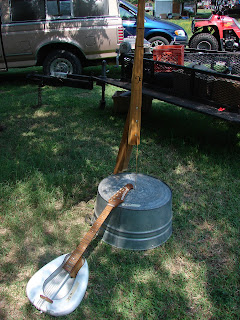 a guitar made from a bedpan
(yep, you read that right!)
and that's a homemade *bass fiddle* right there beside it

Oh, and believe it or not, my friend Laura was out shopping, too, and saw an open casket that someone was selling in their front yard. I'm not sure if it was *new* or *like-new*:)

I know, I know, you're wishing you had been with us in Hillbilly Heaven, right? lol We did have a lot of fun though! And I did find some treasure among the junk: four more blue & white state plates to add to my collection. 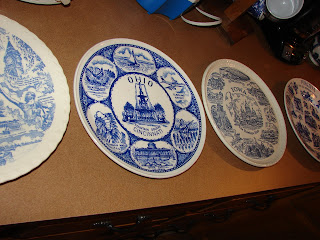 I'm thinking of hanging my collection around the top of the kiddos' school room. They're educational, right? What do you think?

Lisa said…
Junking is fun, whether you find things you like or find things that are strange :)

Hanging the state plates in the kids school room would be perfect! They are beautiful.
August 17, 2009 at 10:42 AM

Colored With Memories said…
love your sister's name! ;)
don't you love when things just scream out, "blog me! blog me!"
fun post!