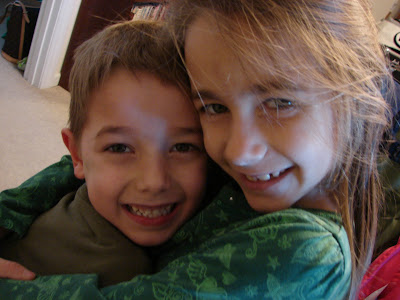 This school week has definitely had its challenges, but it has turned out well in the end. The kiddos began the week with at stomach virus...ugh. We were so glad when that was over~I was especially happy to have a full night's sleep again.

So once again we played a little game of catch-up this week, but it was okay. I was pleased that we were able to still be on schedule by the end of it all. 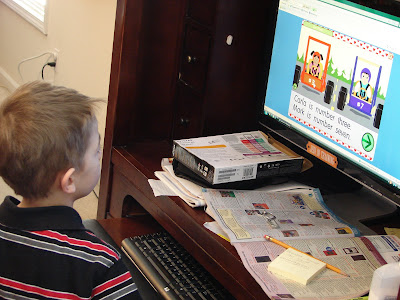 Bible:
We're still studying *Determination* with Character Sketches and I had to reference the definitions we've been learning more than once this week to try to keep them motivated:) I think I mentioned them a few times to myself, too...heehee

Math:
The Princess wrapped up her first workbook in her Horizons program for the year. Math is sometimes a source of frustration to her, but I think she's doing very well. She's especially enjoying multiplication. I am going to try to use flash cards with her on a more regular basis (like when we're driving in the car:) and am also going to start her on some fun math games on the computer. If you have an recommendations for me for computer math games, be sure to leave me a comment!

Mr. B began his second math workbook for this year. He's doing well with addition and I think he'll also enjoy some math games on the computer. They both also enjoy playing a game I bought from Discovery Kids a couple of years ago, Toss and Tally. It's a fun way to practice math facts as well.

Language Arts:
The Princess is doing well with her grammar workbook, but I think we are both a little bored with it. I am looking into a literature-based curriculum for next year. She's a wonderful reader and I think we would both enjoy that better.

Mr. B is clicking right along learning consonant letter blends. He's doing great with his third reader as well. I have noticed a significant improvement in his willingness to sound out words on his own this past week. So happy about that! I have ordered a new grammar workbook for him that should be coming any day now and am looking forward to beginning that with him.

Science:
We finished up our study of Mars this week, completing the notebooking part of it. I can't tell you how much we all are enjoying the Apologia science! I'm already looking forward to next year!

History:
We studied the Middle Kingdom of Egypt this week. I love how the Story of the World reads! It's quite possibly the kids most favorite subject, right up there with science. We also made *gold bracelets* in the style of the Nubians (a people group conquered by the Egyptians who wanted their gold mines). They reminded me of Wonder Woman's bracelets:) 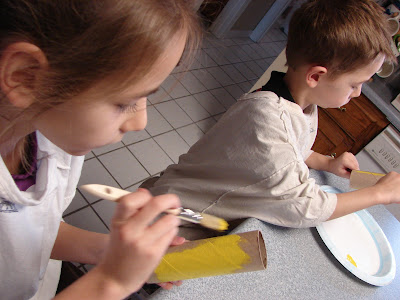 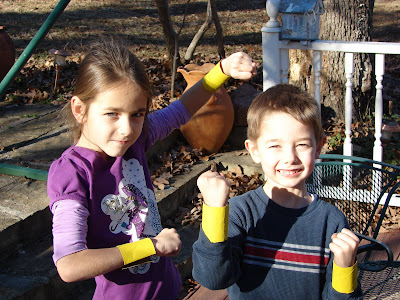 This afternoon has been a perfect ending to our week. The weather has been in the 60's and the kids have been able to play outside all afternoon, swinging and using their imagination to get into all sorts of things. It's been very good for them after a week indoors! I even had the windows open to enjoy the breezes. 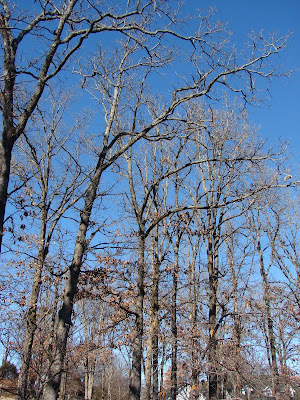 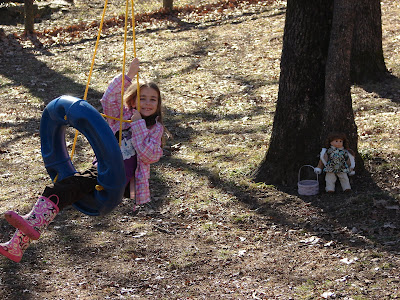 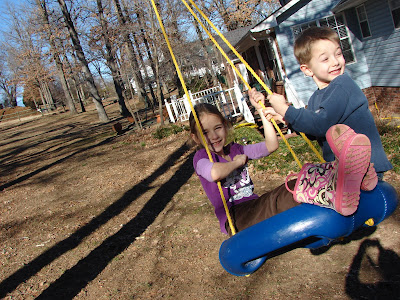 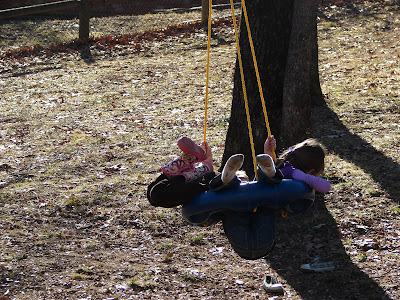 I hope your week as been great, too! Now I'm looking forward to a slow and lazy Saturday.

Kat said…
Lora, what a "kinda" fun week? I know the stomach bug part was not, but it looks like you got some smiles in later in the week.

We love SOTW too! Have you made a pyramid yet? We are doing American History right now but my girls both miss SOTW and we will be going back to it next year.

Learning Language Arts through Literature (LLATL) might be a program for your princess. And I will post some math games when I can check the bookmarks upstairs.

Kathleen said…
Sounds like you had a good week in spite of a bug.

I have a question: When you refer to Character Sketches, is this the Bible study using animals? My parents read to me from a book called Character Sketches, and it took animals - ants, for example - to illustrate a character trait. I have looked for these books, and if that is what you're using, I'd love to know where you got them!
January 28, 2011 at 8:25 PM

kimberly @ adventures in mothering said…
Sounds like a fun week, Lora! I love the Story of the World. I feel like it helped me as an adult "get" the flow of history from ancient times until today...instead of the disconnected way I learned history in school. We also got the Story of the World audio books on CD, and my kids still (in their teen years) love to listen to those.
January 28, 2011 at 9:47 PM

Ellen said…
Lora, my girls really enjoyed multiplication.com's online games for reinforcing their times tables facts. You may also want to check softschools.com to see what they have to offer. We love SOTW, too! And glad to hear the stomach bug was not long-lasting.
January 29, 2011 at 4:56 PM

Jen@Scrapingirl said…
My son ended the week with the stomach bug. It is totally going around over here. Crazy! I can't wait to do the planets next year. I bought it, then realized it comes with the next year's curriculum. (sigh)
January 30, 2011 at 3:51 PM