The Force Was Strong With Us 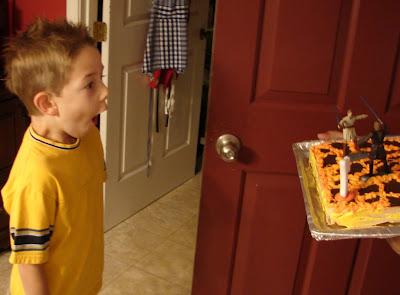 It has just occurred to me that I haven't shared all of the Star Wars fun we had for Mr. B's birthday!  We whipped up some galactic fun that made for an awesome day. 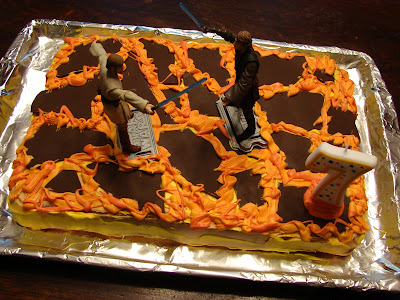 There was the Lava Planet cake that I baked and Vince decorated for me.  He can really get inspired with a theme like Star Wars.  Tea Parties...not so much..haha 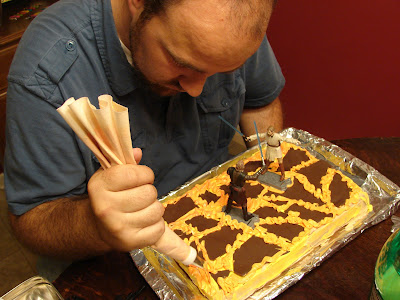 Our whole menu was Star Wars themed and I can thank Pinterest for helping me find lots of fun ideas--so many that it was hard to choose which ones to do! 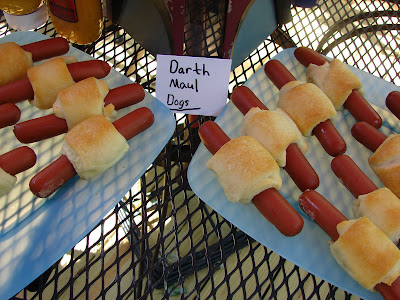 There were Darth Maul Dogs (aka: hot dogs wrapped with crescent rolls around the middle). 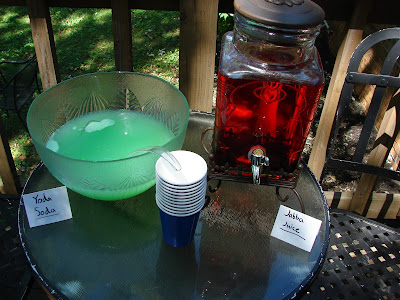 There was Yoda Soda (or...Sprite with green sherbet) and Jabba Juice (fruit punch). 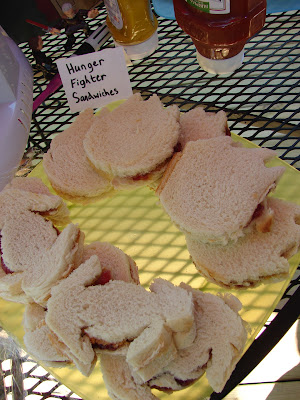 We had Hunger Fighter Sandwiches (PB&J's made with our fave Star Wars sandwich makers). 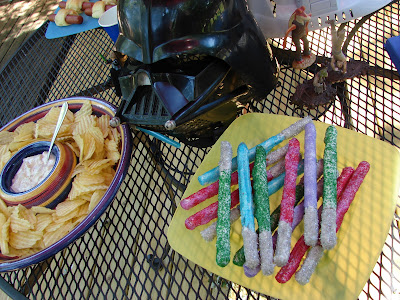 We made edible light sabers with giant pretzel rods covered in white almond bark and sprinkles (yes, that massive collections of sprinkles of all colors really came in handy!). 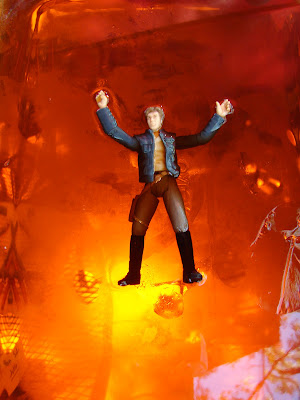 There was also Han Solo in Carbonite...or rather a toy Han (all cleaned up) in Jell-o :) 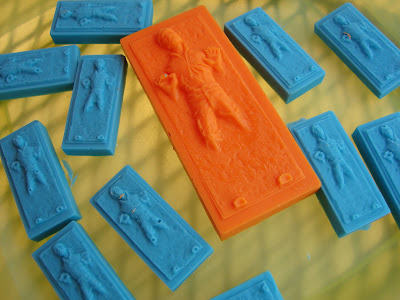 Han was also represented in chocolate, made with a very cool silicone mold that Vince couldn't resist. 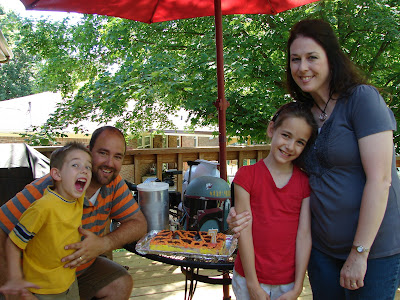 Mr. B couldn't wait to dig into that Lava Planet cake!  I don't think I've ever seen him SO excited! 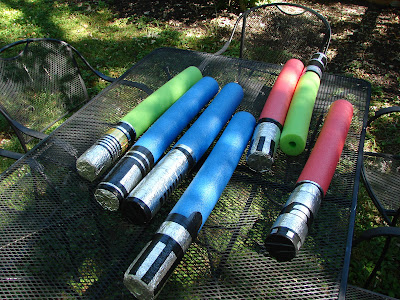 All of his guests received a *light saber* (pool noodle) with which to play with at the party and take home. 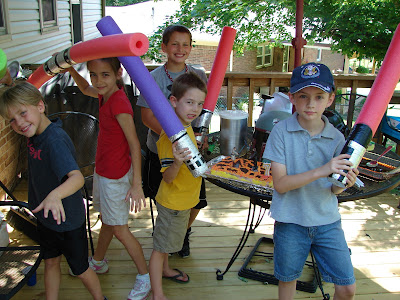 These were definitely a hit (and, yes, the word *hit* can be taken in multiple ways as there was lots of "whops" and "pops" heard all morning long!). 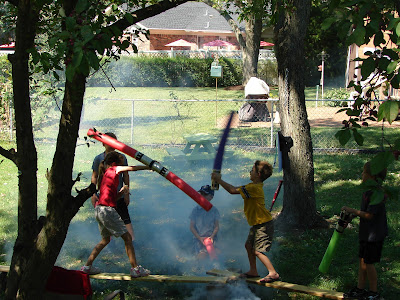 They used them to battle it out in *Lava Planet*, 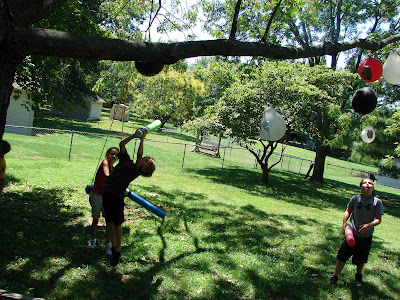 and used them to knock the "bad guys" out of the trees (Vince hung balloons with the faces of Star Wars bad guys from the tree branches). 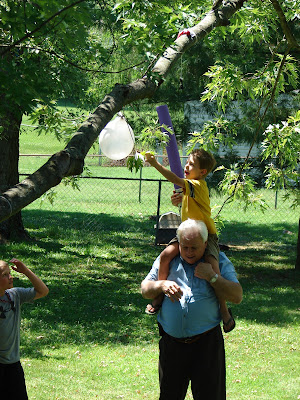 Mr. B got a little extra assistance from his Papi (since he was the birthday boy and all, ya know). 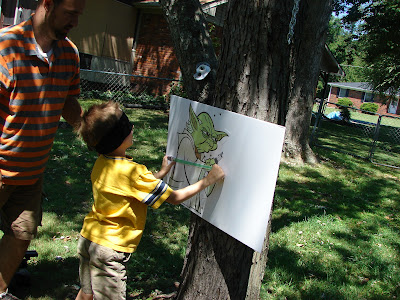 We also played *Pin the Light Saber on Yoda* which turned out very cute as well.

It was really just so much fun--one of Mr. B's friends was overheard to say that it was "the most fun party he had been to".  I think it had something to do with all of the "fighting"--it was very much a "boy" party :) 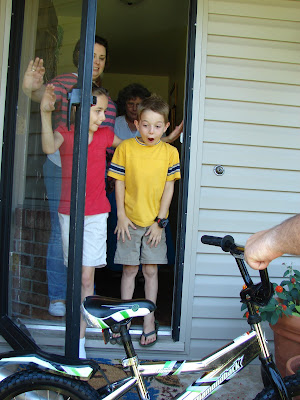 Mr. B had a wonderful time celebrating turning 7.  His final surprise of the day (and I couldn't resist showing you this cute pic) was his new bike--one without training wheels.  We're still working on learning to ride it, but he'll get it soon.  He's got all year, right?

Jill said…
You are such a FUN Mom! Happy Belated B-day!

Thank you for linking up at Blessed Beyond a Doubt.